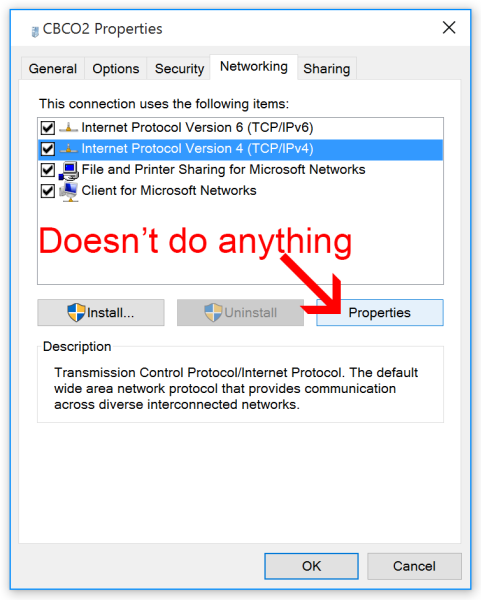 For some reason currently when you click the properties button on the IPv4 protocol on a VPN connection in Windows 10, it doesn’t do anything.
I usually go in there and uncheck the “Use default gateway on remote network” setting.
That way my internet bound traffic goes out on my connection and only the traffic meant for the network I’m connected to goes through the VPN connection.
The first computer I tried to make that change on made me think it was just something buggy with that machine. After trying to setup a VPN connection on another computer and getting the same results I figured there was something else going on.

Thankfully you can still change the setting through PowerShell

You can run get-vpnconnection to list your VPN connections and get the name then to set the Gateway setting:

VB.net If then Else with a list of strings 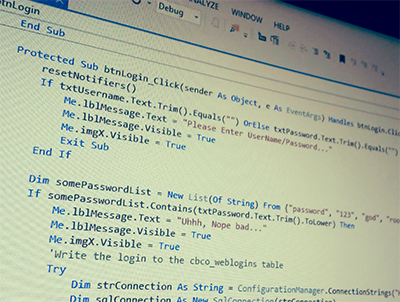 In SQL server you can do an easy exclude or include list by using an in statement.
So you can do:

So you only get records where the contents of somecolumn are in the specified list of strings.
I wanted to do something similiar in VB.net.
You can use an if then or statement but it can get messy.

This works but what if you have a list of 20 strings you want to check for?
Through some internet searching I found this post on stackoverflow.com and came up with the following:

It seems kind of backwards but it takes your list of strings and determines if the string you fed it is in that list.  If so do something or if not then do something else.

How to sort DirectoryInfo.Getfiles array

I have an Intranet page that looks at a folder of files and lists them out.  It uses io.directoryinfo.getfiles to get the list of files but there wasn’t anyway to control the sorting.  By default it was sorting ascending but i wanted it reversed.  Here’s what I had at first:

I tried to add Array.Sort(aryFi) but that resulted in an error:
“At least one object must implement IComparable.”

So after some internet searching I came up with the following based on a post on stackoverflow.com

First you have to create an IComparer class:

Then use the comparer to sort:

The comparer I tweaked sorts the files by their filename in a descending order.  You can reverse the Return -1 and Return 1 to get them into ascending order.
Also, if you would like to sort the files by creation date you could use this comparer:

I have an Exchange mailbox with several other mailboxes that it has full permissions on.
Exhange 2010 or 2013, I don’t remember which, added a feature that adds the mailboxes to Outlook automatically.
So, instead of having to go to account settings and navigating to advanced settings and manually adding additional mailboxes to open it does it for you.

That’s great except when you don’t want them to or when you remove the full access permissions and it decides to stay in Outlook.

To remove a mailbox that keeps showing up even though you’ve removed the Full access permissions.  Open Active Directory Users and Computers find the users account.  Click on Attribute Editor.  Scroll down the list until you find msExchDelegateListLink and remove the user account you don’t want the mailbox showing up in.

You can also turn off Exchange auto mapping on individual accounts.
This will give Administrator full access on the TheUser account without automatically adding it to Outlook:
(so you will have to manually add the account in account settings, open these additional mailboxes)

This is a great tool for creating bootable USB drives. 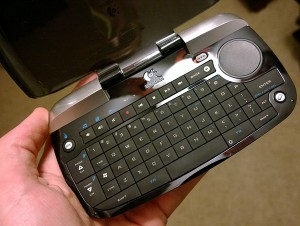 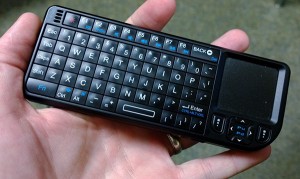 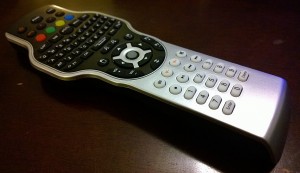 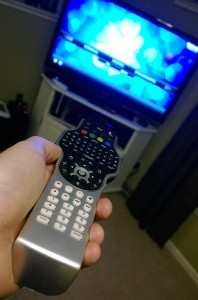 I have an Alienware M14x laptop and a few Corsair USB 3.0 thumb drives.  The thumb drives most of the time would not get recognized by Windows.  They throw an “unrecognized device” error when they are plugged in.  I can plug the same thumb drives into a USB 2.0 port on the same laptop and they work fine just not at USB 3.0 speeds which is not cool.  I can plug other USB 3.0 devices, like a Western Digital external hard drive, and they work just fine at USB 3.0 speeds.

After some searching I found some rather lengthy instructions here that fixed the problem perfectly for me and a co-worker with the same laptop.  Essentially the instructions walk you through getting Windows 7 drivers installed for the USB 3.0 hub and ports.

I imagine this applies to more than just the Alienware M14x and would work for other laptops as well.

I recently had a computer replaced on our domain.  For some reason the domain account I was working with kept logging into Windows with a temporary profile.  I tried numerous fixes found on the Internet to no avail.  Then I thought maybe it had something to do with the fresh load of Windows and I nuked the machine and started over.  Still not working right.  I figured it must be something to do with the domain account but couldn’t figure it out.

On a whim I compared domain accounts with another account and found the affected account was a member of the guests security group and the domain guests security group.
I removed the account from both groups and the problem went away.  Not sure how or when the account got added to those groups but the problem was solved by removing membership to them. 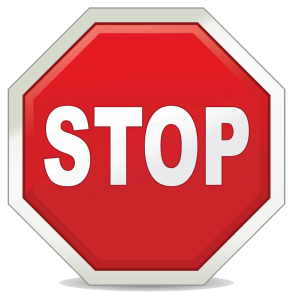 One of the first things I do after installing Firefox is install ADBlock+ and then subscribe to a list.  Internet Explorer has had some addons that did the same sort of functionality for awhile but I found with IE9 and IE10 it’s even easier to block ads.  Open Internet Options and click the Programs tab.  Click the Manage Addons button.  Click “Tracking Protection” and then below that click “Get a Tracking Protection List online…”

That will take you to the Internet Explorer Gallery and there will be several different types of lists you can add.  I don’t recommend adding to many lists as this is likely to slow down your browser.  I added the Fanboy Adblock list.  I’ve read that the EasyPrivacy list put out by Easy List but I haven’t tried it yet.

One thing to consider when adding ad blocking is that it can be taking revenue money from bloggers who rely on ads to provide free information.  That’s a decision I’ll leave up to you. 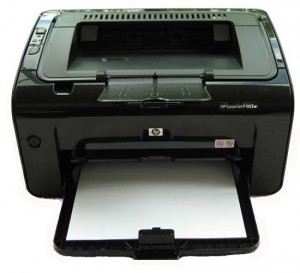 I’ve been using one of the HP P1102W laserjet printers.  It’s a great printer that supports iOS’s AirPrint as well as HP’s ePrint.

It periodically spits out a blank page and then the orange light (I assume it’s an error light?) starts flashing when I would print a document.

After some troubleshooting and a bit of mild anger (and a bit of help from a co-worker) the problem was narrowed down to when I printed a single page from a multiple page PDF.  The fix is in the Print dialogue box.  There’s a setting called “Print on both sides of paper” that was checked by default.  Unchecking that fixed my issue.  Some have mentioned clicking the “Advanced” button and selecting “Print as image” as a possible fix, but it didn’t work for me. 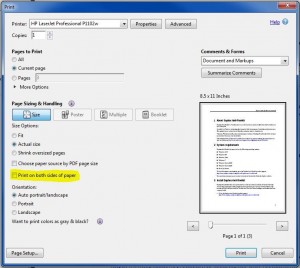