When trying to click a PDF link in Firefox on Android an error comes up that says “Error. The file could not be downloaded. Please save the file to your local storage and then try to open it.” The PDF is never downloaded and not able to be viewed.

Type the following in the address bar: about:config
Search for: browser.download.preferred.application/pdf
Click reset 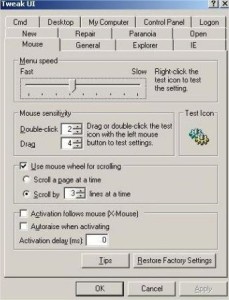 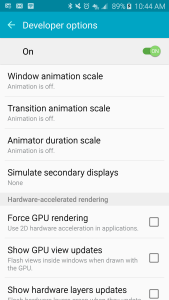 I have a couple of users where I work that were experiencing an issue with our Exchange server not syncing their email.
Those affected where getting a “Waiting for Sync” message in their email client on their phones.
All of the Exchange settings were right, internet access was working.  Nothing had changed on the server side.

Apparently this is the result of a recent Android update.

Fix: Go to Settings then Data Usage. Hit the menu button and look for “Auto-sync data.” It needs to be checked. 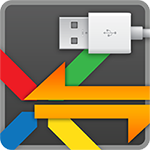 I was curious as to whether or not I could connect a USB thumb drive to the new (2013 model) Nexus 7 tablet.  I have a cheap micro USB to USB connector I bought from Amazon.  The initial test of the thumb drive came up empty, it lit up but I couldn’t access files.  I then tested a USB mouse with the connector and it worked fine.  I had used a thumb drive in the past with the previous Nexus 7 but that solution required the device to be rooted which I didn’t want to mess with this time.  After some poking around I found the Nexus Media Importer that claimed to allow you to connect a thumb drive and copy files.  The app costs $3.99 and I didn’t want to waste money if it didn’t work.  Luckily the developer has another app called Nexus Photo Viewer that is free.  It just can’t be used to copy files to the device.  I installed the photo viewer, plugged in a thumb drive and was able to view images on the drive.  With that assurance I purchased the media importer app and it works great.
There might be a way to use a thumb drive with the tablet without paying $3.99 but for me this was quick and easy. 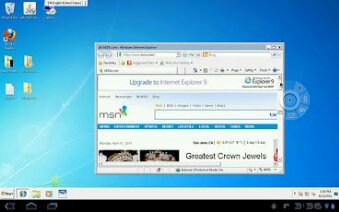 I’ve been trying unsuccessfully for a couple of days to get my Android tablet to browse network shares from my Windows 7 PCs.  No matter what I did or how many different clients I tried none of them would connect.  After messing with settings on both the tablet and my PCs even my iPad would not connect to any shares even though it was previously working.  The rest of my PCs would open the shares just fine.  Through troubleshooting the iPad I came across an article on Stratospherix‘s website based on a Microsoft knowledge base post that mentioned a registry setting sometimes needed changed to allow additional network clients to connect to Windows shares.  I’m not even entirely sure this is what fixed my issues but after changing this on one of my machines I was able to connect from both the iPad and my Android tablet.

Here’s the registry key to add:

The Kindle app for Android will open the .mobi files. I used Dropbox to get to the file and thought I’d just be able to open it from Dropbox into the Kindle app like I can on the iPad. That didn’t work and it told me to download an app that could open the file type. I copied it from Dropbox to my downloads folder then used a file manager to try and open it without luck. Then I noticed a Kindle folder. I copied the .mobi file into the Kindle folder then opened the Kindle app and it worked!