Microsoft released the final version of Windows 8 to developers through MSDN and or Technet subscriptions last week.  So I quickly logged into Technet and downloaded Windows 8 Enterprise.
I’ve been using the Consumer Preview version since they released it and was anxious for the final version.  Everything installed as expected and was working great.

Until I went to activate Windows that is.  It wouldn’t activate and kept giving me an error “The filename, directory name or volume label syntax is incorrect. (ox8007007B).”

I figured at first it was the firewall at my work, then I figured it must be because they were just a lot of people activating Windows.  But the problem continued.
I did some searching and found the following command which fixed the issue:

After putting in my product key using this, the activation went through no problem.
Unfortunately I can’t find the site where I found this command to give credit. 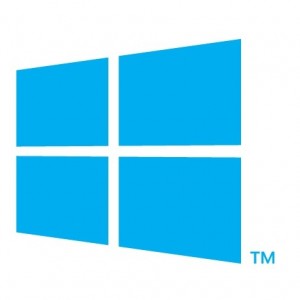 Here are some Windows 8 keyboard shortcuts from the MSDN blog.

· Windows key – Brings up the Metro start screen. You can start typing to search for an app, just like the Win7 start menu.

· Win + B – Switch to the (classic) Windows desktop and select the tray notification area.

· Win + C – Brings up the Charms menu, where you can search, share, and change settings.

· Win + I – Opens the Settings panel, where you can change settings for the current app, change volume, wireless networks, shut down, or adjust the brightness.

· Win + M – Minimize all Windows on the desktop

· Win + R – Switch to the (classic) Windows desktop and display the Run box.

· Win + U – Switch to the (classic) Windows desktop and launch the Ease of Access Center.

· Win + . (period) – Snaps the current Metro application to one side of the screen. (Right side)

· Win + Shift + . (period) – Snaps the current Metro application to the other side of the screen. (Left side)