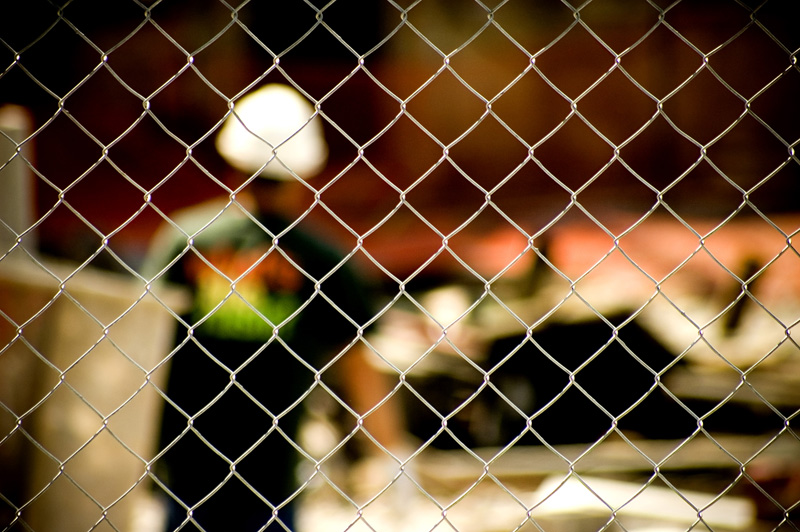 Trying to get out of a photography funk. So I thought I’d post something that I normally probably wouldn’t. This was actually an accident. I turned and saw this guy working so I thought I’d shoot him. Of course I had the autofocus on which zeroed in on the fence. I fumbled for the manual focus switch and the guy was gone. So I got irritated and kept moving, mumbling “dumb autofocus..” Then I opened my shots later in Adobe Bridge and saw this shot and thought “dumb autofocus…” I went to open the shot next to it in Photoshop and accidently opened this one instead. “Dumb Photoshop” I thought. “I guess since I’ve got it open I can play with it a bit.” As I played, something clicked, I sat back and thought “Dumb Jason.” While my shooting yesterday didn’t turn up anything spectacular I think it made me think about trying to do more of this type of abstract shot. I guess it opened up a new direction to experiment with, if that makes sense.