War of the Palm Worlds

I found this definition from dictionary.com Insisting capriciously on getting just what one wants; difficult to please; It’s the definition of finicky. 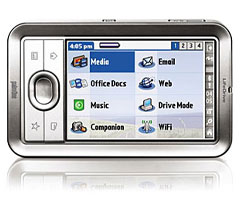 Some might say that I am the definition of finicky when it comes to handheld devices. I held out a while before getting my first handheld, they seemed only for those who actually had enough contacts and appointments to keep track of. Then I started seeing the number and breadth of applications available, so I decided it was time.

Consider this taken from the palmOne website, The PalmPilot was invented in 1994 by Jeff Hawkins who founded Palm Computing and is now palmOne’s Chief Technology Office. So, my first handheld was a Handspring Visor in 2001. I tried to go thrifty by getting an open box, bottom-of-the-line model. That lasted about a day as I quickly realized I wanted more storage for all of the applications out there that I would never actually use. So I got the next model up with more memory. One of my co-workers had a color model and I had to have that. So I got a Handspring Prism and used it for about 6 months. Then I discovered the Sony Clie. I got the 615c, but the 655c came out the following week and it played MP3s! So I returned to Best Buy, they exchanged it and I paid the difference. I used it for about 6 months and had wander lust again. I had never really liked the design of the Palm brand until I saw the Tungsten T3. It had the bottom section that slid up and down. I liked it and used it for a good 6 months. I had never cared for the size of most Pocket PC handhelds, but now they had come out with several models that were the same size as the Palm OS based models.

So, I went with a HP 4155 and I have to say that out of the Pocket PC’s it was the best for features and size. I used it for about 6 months (see a trend here?) and again was overcome by the desire for something new. Pathetic, I know. So, I went with the HP RX3715. I never really cared for it. Buying on the internet has it’s downside sometimes. It was big and bulky and it didn’t last too long. I decided I missed the Palm OS and went with a Tungsten T5. For features it was ok, but I really missed the Wi-Fi that the HP 4155 had. I didn’t like how the T5 felt in my hand either. (Remember the definition of finicky?) Then came the Lifedrive. I had read about it and the rumors as to it’s specs and thought “I gotta have that!” It came out around the middle of May and I had mine in my hot little hands the following week. I really like it. It fits perfectly in the hand. 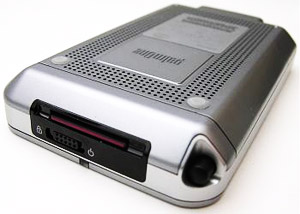 The 4gig of space provided by the microdrive inside is awesome. Plus I have a 1gig SD card, so I’m not hurting for space. The Wi-Fi works flawlessly and MP3s sound great on it. I even sold my 30gig iPod Photo because I didn’t want another device to carry around. Not that it compares to the iPod for it’s user interface or storage, but for my needs it’s perfect. Complaints, yeah I have a couple. There are delays when launching applications, especially for the first time after a soft reset. If I’m listening to music and I hop to another application it causes serious hiccups in the playback. The headphone jack is at the bottom of the device, so I have to put it in it’s leather carrying case upside down to avoid removing the headphone cord each time I want to remove it from the case.

The life drive is not a revolution in handhelds, all of it’s features have been around for sometime. It needs some improvement on handling of the hard drive, maybe this will be addressed by Palm OS 6. The thickness could be reduced some. I am surprised that there is not more heat associated with the hard drive than there is. I only gets warm if you do a lot of transferring of files to the hard drive. Overall I am well pleased with the Lifedrive. Check back with me in 6 months and see if there’s anything that’s peaked my interest enough to switch. If you are wondering where the title for the article came from I just saw War of the Worlds. I really liked it and thought Tom Cruise and Dakota Fanning did awesome jobs. Go see it.- jason