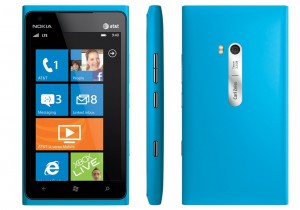 I pre-ordered the Nokia Lumia 900 through AT&T earlier this week and received it this morning.  I’ve already been a Windows Phone user for awhile.  I picked up the Samsung Focus when it first came out but was disappointed by Windows Phone at the time.  So, I went back to the iPhone until the Samsung Focus S and Windows Phone 7.5 came out.  Once I started using Windows Phone with the Focus S I was hooked.  Yes, there are some apps I miss from iOS, but overall I love the Windows Phone OS.  I’m still a bit flabbergasted by the lack of VPN support on a Windows platform.  I’m in IT and need to connect into work from time to time.  I’ve worked around it but am still a bit irritated by it.

So, here is my review of the Lumia 900.  I’ll be updating this through the weekend as I use it more.

The body of this is amazing.  The build quality is fantastic and the weight is nice in the hand.  I’ve seen some reviewers who have said it is not comfortable but I love it.   The screen is awesome, it is readable in bright direct sunlight.  The colors pop with bright whites and dark blacks.

The buttons will take a bit of getting used to since I’m used to a bit different placement from the Samsung Focus S.

Software it’s everything I’m used to with Windows Phone.  I was pleasantly surprised by the inclusion of visual voice-mail. Navigating through Windows Phone is fluid and smooth.  Bluetooth and WiFi work as expected with no issues connecting to my Bluetooth stereo in my car.

Call quality is good but I find myself not getting the speaker at my ear just right so far.  I think it’s just because it’s a little higher than where it is on the Samsung Focus S. The built in speaker is fine but the speaker on the Samsung Focus S is better with a clearer sound quality. Not that either one is particularly fantastic, though I’ve never heard a smartphone where I was impressed by the speaker.

The camera is good but not as good as I was expecting.  I would say that the iPhone is better.  The responsiveness on the Lumia 900 is faster than the Samsung Focus S and the pictures tend to be better, especially in low light. I haven’t tried the Nokia Apps yet.  There is supposed to be a Nokia Music app but I haven’t found it yet.

I haven’t had the Lumia 900 long enough to comment on battery life just yet.

The reviews for the Lumia are a mixed bag, most are unimpressed with the specs but all tend to agree that the design is a breathe of fresh air in a market filled phones that all look alike.

Round up of reviews:
CNET.com
The Verge
Engadget
Digital Trends

Update 4/9/2012:  So, Saturday morning a friend asked me if I received text messages he sent me and I hadn’t.  So I rebooted the phone and messed with it for awhile.  I was not receiving text messages and had no 3G/4G data.  WiFi data worked just fine.  The text messaging issue ended up being a problem with my account.  They accidentally removed text messaging for some reason.  AT&T got that fixed but I still experienced the no data issue.  After a couple of hard resets it would work but then after a reboot it would quit again.  I went into one of the stores and they hadn’t received their stock of the phones so I couldn’t swap it out yet.  This morning I went back to the store and they swapped the phone out for a new one and all seems good now.

There are some reports of others experiencing this issue because of a manufacturing defect of some sort.  Hopefully the problem isn’t widespread or it’ll turn into a bunch of bad PR for a really good phone.