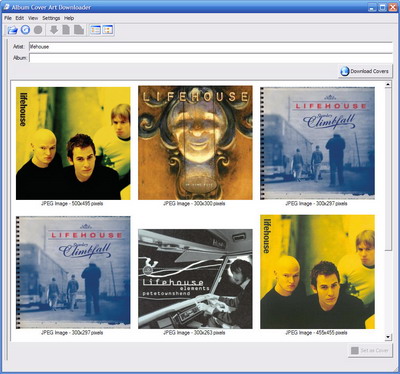 I’ve been working on cleaning up my music directories, by fixing the tags and adding album art and such. In doing this I’ve been using Windows Media Player 11 which I’m actually liking a lot. Partly this is because I use Windows XP Media Center edition on my home computers and when I play music in my living room it’s normally through Media Center which uses Media Player at it’s core. So, Windows Media Player generally does a good job with getting album art and renaming the files with album and artist name etc. Everynow and then it doesn’t get the album art because maybe it’s some obscure CD or something.

So, I normally goto Google and search for the album or artist name and find the album art on some website. I also tend to use Amazon.com to find them as well. I found a program called, oddly enough, “Album Cover Art Download.” It works great and I’ve been able to use it to find a lot of album art. I haven’t played with it extensively, but you can have it automatically scan your music folder and download album art as well.

Cleaning up your music after collecting it for several years can be a huge chore and it’s a slow process, but it’s worth it to be able to browse your music collection and see all the album art along with it. I despise CD’s anymore and I now purchase almost all of my music exclusively through online sites such as iTunes, but a lot of my older music was collected before there was much support for album art etc. Add to this the fact that much of my music isn’t really mainstream stuff and it makes keeping it organized difficult.