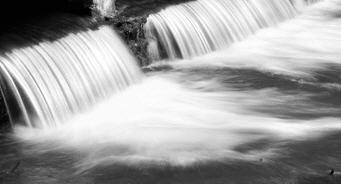 I’ve always liked shots that have the water looking like silk, especially waterfalls.  Early on I figured out I could get this effect by doing a long exposure, but it had to be done in lower light.  This usually meant hanging around the water area at sunset.  Otherwise there’s just too much light and it all gets blown out.

Then I purchased a Polarizer filter because I read somewhere that it would do something cool, I don’t remember what or why but I did.  The polorizer is a handy filter that really makes the sky pop and cuts down on reflected glare.  Anyways I found that I didn’t have to have as dark a setting to get the cool water effect.